Speaking to students at a lecture in Burkina Faso, the president attempted to strengthen ties with former French colonies and revealed his aims to make French the first language in the continent.

He said: “French will be the first language of Africa…perhaps of the world.”

Macron added that French has a future in the region and should not be seen as a “relic of a colonial power”.

He stated: “It is not just a heritage to be protected. It has a future and this future is playing out in Africa.

“The radiance, the attractiveness of French does not just belong to France.”

The comments come after a plague of criticism against the leader for electing to speak in English during his appearances abroad.

French is currently the fifth most spoken language with the dialect falling behind Mandarin, English, Spanish and Arabic.

An estimated 75million people speak the language of France as their first language with an additional 153million having it as their second language.

Macron hopes for French could stem from a 2014 study by Natixis bank forecast that claimed the language could overtake English and Mandarin by 2050.

The hypothesis comes from predictions that the population of Africa will spike from 800million to 4.5billion in 2100 – almost 60 per cent of French speakers are from Africa.

The Times also reports that a number of French experts believe the language will not overtake English.

Mario Monti, an EU commissioner and former Italian prime minister recently called for English to be the main language of the EU after Britain leaves the bitter bloc – he later clarified that French should also play a role.

He declared: “I exaggerate a bit — there should be a bit of French.” 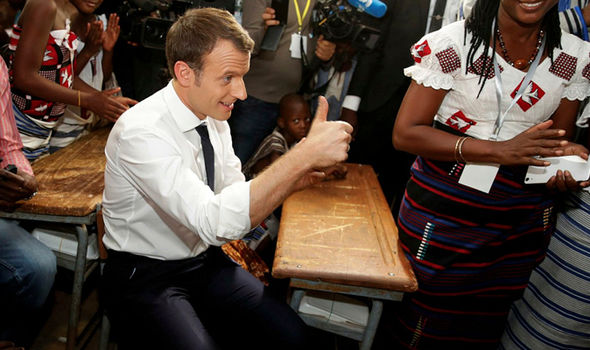 Mr Macron spoke to students at a lecture in Burkina Faso

Emmanuel Macron is currently on a three-day trip in West Africa where he also visits Ghana and the Ivory Coast.

During his time in Burkina Faso he emphasised that he is “from a generation that would not tell Africans what to do”.

He went on: “I am from a generation for whom Nelson Mandela’s victory is one of the best political memories.” 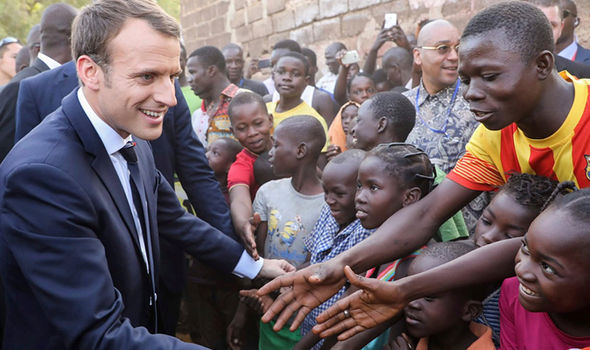 The population of Africa is set to spike from 800million to 4.5billion

“I will be alongside those who believe that Africa is neither a lost continent or one that needs to be saved.”

Hours before Macron arrived in the capital of Burkina Faso, Ouagadougou, stones were thrown at a vehicle belonging to done of his delegates and a grenade was thrown at French troops.

Three civilians were wounded in the grenade attack – no group has claimed responsibility for the act.

0 0 0 0
Previous : The concept of ‘western civilisation’ is past its use-by date in university humanities departments
Next : Stigma still stymies HIV prevention and treatment