Home
Entertainment
Photo Credit To Prince Harry and Meghan Markle have today revealed they are engaged after the Queen gave her grandson permission to marry the star in the week after she celebrated her 70th wedding anniversary. Above, their first public appearance together at a tennis match during the Invictus Games in Toronto in September

Prince Harry and Meghan Markle have today announced they are engaged. The couple, who revealed they were an item a year ago after a six-month secret relationship, got engaged earlier this month in London and will marry in spring 2018, Kensington Palace said.

Bookmakers refused to take any more bets on the couple getting engaged last week as Meghan landed in London and started moving her belongings and two dogs to the UK.

Social media went into meltdown but they have had to wait until today to hear that the fifth-in-line to the throne has proposed to his actress girlfriend. 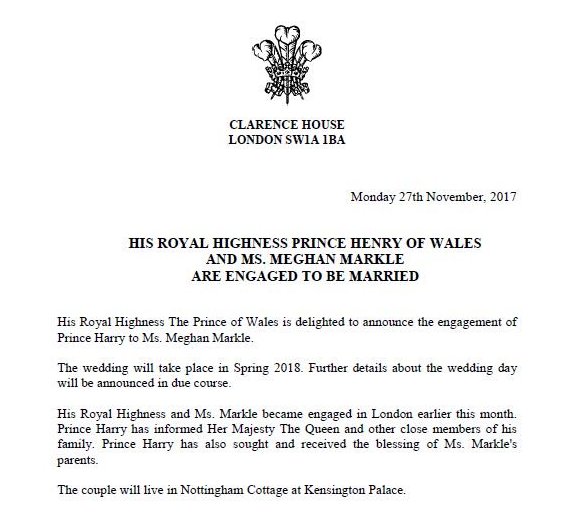 0 0 0 0
Previous : A belated open letter to Mosiuoa Lekota on “White people didn’t steal the land, they bought it legally”
Next : UK: ‘I knew she was the one from the very first day’. Prince Harry to marry Megan Markle