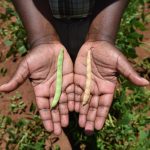 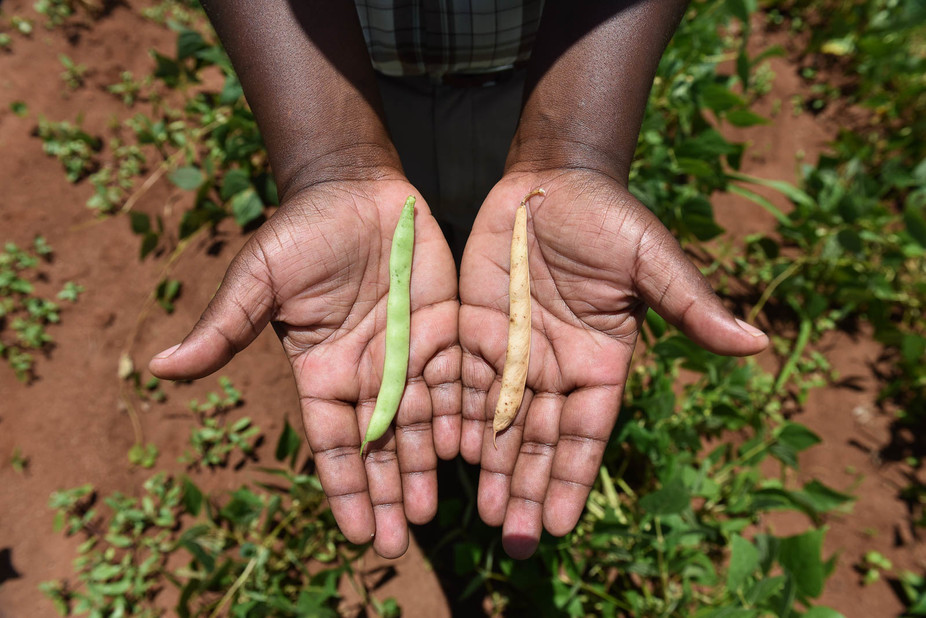 Low yield growth, increasing food insecurity, climate change and massive population growth are the four factors that will determine the shape of Africa over the next century. Even if countries on the continent are successful in negotiating more favourable trade conditions and introduce policy reforms, Africa will still need to produce more food.

One way of overcoming this problem is through agricultural extension services. This involves employing extension officers to promote the adoption of new practices and technologies. These officers are integral to supplying information to farmers, particularly in information and resource constrained contexts.

But there is chronic under-funding of extension officers. For example, it’s not uncommon for a single government extension officer to be responsible for several thousand households. A manageable target would lie well below 1:500 households taking into account time and mobility constraints.

To overcome the shortage, African governments and NGOs have embraced “farmer-to-farmer” extension approaches. This is where a local community member becomes a “lead” or “model” farmer and delivers information to other farmers. In theory, this engages local knowledge and networks and eases the introduction of new information.

But how effective has this approach been? To find out our team conducted 14 months of fieldwork, interacting directly with communities across six countries in eastern and southern Africa.

The functionality of farmer-to-farmer systems

On the surface, it could be argued that farmers are generally aware of new technologies, and so farmer-to-farmer systems are working. Yet we found that overwhelmingly farmers are frustrated with the system, expressing the view that they felt “forgotten” or “struggling”. Put simply, they said they knew new practices existed, but not enough to implement them. Many knew of lead farmers in their community but felt unable to access them.

Our research shows that a number of factors make the farmer-to-farmer system dysfunctional.

Trust: Farmer-to-farmer extension is based on the premise that existing social networks can be used to deliver information. Yet many farmers don’t find the lead farmer approachable. This is often because of their gender or religion. Even if the lead farmer is in their social group, farmers tend to have little trust in the quality of information they provide. As one smallholder farmer near Mitundu, Malawi, stated

We don’t actually know if they are doing what they were taught because they often do not do everything correctly.

Motives and incentives: The motives of lead farmers are often questioned. Lead farmers generally receive various subsidies and handouts on their fertiliser, seed, chemicals, tools and in some cases direct financial rewards to perform demonstrations and trials. But other farmers often noted that lead farmers did not expand their demonstration or trial to larger areas of their farms. As such, many farmers concluded that the improved practices were only good due to the provision of handouts. These views are not unfounded. Many lead farmers eventually disadopt when handouts are removed.

Jealousy: Lead farmers are typically provided with all they need to implement new technologies. Ordinary farmers are not. We found several cases of disadoption where farmers knew a technology was beneficial, but were angered that they were not provided inputs. As one disadopting farmer in Kasungu, Malawi said:

Even the harvest was good but I was offended that I was only given a small amount of fertiliser … the group (of lead farmers) were each given a bag of fertiliser whilst the rest of us only a small plate.

Disincentive factor: Even if the resources were available, farmers tended to wait for inputs to be provided because they were under the impression that this would eventually happen. This was particularly the case when lead farmers were instructed to provide smaller handouts for other members in their community, or when multiple NGOs were active. This acted as a disincentive for farmers to use their own resources to experiment with new practices. As one farmer in Nakasongola, Uganda noted:

We lost interest because of the seeds… We can use our own seeds but we also still want seeds from the project.

They are like a secret organisation because they have their own people and what goes on in that group is done by the group members only.

Disruption to power dynamics: What has become obvious during our fieldwork is that the development community has overlooked the ethical dilemmas associated with raising one individual above others. This suggests that the farmer-to-farmer system can disrupt traditional power dynamics and entrench a new class of elites. This is particularly true given the impact of direct subsidies to individuals in resource constrained environments. As one farmer in Embu, Kenya put it:

The problem is you people come to just a few people. If you only help a few, then you build up inequality in the same community and increase theft and these sorts of things and it really hurts us … We want all to benefit and the community to grow, not just a few.

Given these perspectives, there seems to be a case for changing the system.

Farmer training centres and innovation platforms provide possible alternatives. These tend to be more inclusive in terms of access, but will need further modification to be effective.

What is clear is that the focus must be on ensuring inclusivity and sustainability. Social capital needs to be fostered so that communities are able to build from within and demand technologies and systems that meet their wants and needs. As it is – at least from a farmer’s perspective – extension systems will be much more effective if they are inclusive and aren’t simply used to funnel resources to a select few.

0 0 0 0
Previous : I came to Cuba a commie-hater ready to bury Castro, so why have I ended up praising him as a dictator whose people are in some ways freer than we are?
Next : Singapore: Is It a City or Country? Posted 30 November 2009 9:37 GMT