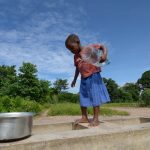 Photo Credit To Malawi is a country that’s particularly vulnerable to the impact of drought and flood. Shutterstock
Home
Africa

Africa needs to manage food, water and energy in a way that connects all three

There is an increasing global demand for food, water and energy. All three are inter-linked, a fact that has increasingly become the focus of attention for policy makers and governments.

One initiative has been the Water-Energy-Food security nexus developed in Bonn by Holger Hoff under the auspices of the international climate change conferences of the parties (COP). The aim was to improve management of the complex links between water, energy and food systems. It is increasingly being used by international organisations to evaluate whether approaches to meeting development targets set out under the Sustainable Development Goals are coherent.

Understanding the connections between basic food demands and accessibility to water and energy is also important when it comes to climate change and its impact on agriculture and livelihoods. This issue featured prominently at COP22 in Marrakech in 2016.

The approach can play a massive role in reducing resource loss and maximising benefits. For example, countries like South Africa and Tanzania have started using the approach to develop policies around water, energy and food production.

In South Africa the Water Research Commission has begun to use the model in national discussions on managing the effects of climate change.

Regions like southern Africa need to move beyond simply having a framework for understanding the connection between the three. This is only the first step. Now more case studies are needed to see how the three components interact and also how policies can be successfully implemented.

Why and where is the nexus important?

The problem is that water, energy and food systems are often treated independently. Most countries have isolated water and energy policies. But policies that ignore the link between them can be inefficient and even counterproductive. The nexus approach can help transform isolated policies into integrated development plans.

Countries with severe water constraints, particularly in the Middle East and North Africa, have started to develop policy that looks at all three factors. These regions have become testing grounds for the practical application of the nexus approach. Solutions, such as the development of multi-functional productive systems to improve natural resources use, have been implemented.

In Jordan, these have been developed to include water, energy and food. A pilot system has been implemented around the Sahara Forest Project. This includes solar energy farming in water scarce regions.

There are others signs of progress. Awareness about the challenges posed by climate change has led to the better allocation of resources through careful planning, savings and recycling. Some countries have developed national policies around these issues.

And governance patterns and language in policy development have started to reflect the linkages between water, energy and food.

But attempts to integrate water, energy and food management still have a long way to go. Most institutions – like the various water, energy and agriculture departments or organisations – operate under a complex system of unclear mandates and obscure funding and don’t consult with others.

This doesn’t mean that efforts to shape resources management are doomed. But there is a clear need to improve how it’s done.

Bringing the nexus to fruition

In southern Africa the nexus approach has been discussed by the Southern African Development Community in the water sector. One of the biggest challenges for the region is that water is distributed very unevenly. But it is short of electricity and some countries are highly dependent on hydro-power. What this means for food production is a challenge given that the over-allocation of water resources for food production would have a detrimental impact on energy production.

To integrate water with food and energy, the regional body has taken steps to raise awareness of the issues.

But each member state faces very different challenges. For example, South Africa is a middle-income country and has a fairly developed industrial sector that produces food. This requires concentrated investment in energy and water infrastructure, which the country has maintained partly due to its economy’s size and maturity.

Malawi, on the other hand, lacks the basic infrastructures to supply its population with water and access to energy. It is also much more vulnerable to the impact of drought and flood.

For a policy to be effective it must take into account what infrastructure is available in a country and a region. It must also be backed up by proper data collection and institutions must be strengthened to overcome bottlenecks. What’s also important is that interventions must be designed with the involvement of all stakeholders, including consumers.

A common mistake is that governments are solely responsible for managing resources. Cooperation is key. Governments, institutes, and consumers must build relationships. Discussing their needs is crucial to success.

There is no one-size-fits-all approach. One common factor is that investment in innovation and technical support is vital so that a range of solutions can be developed.

The nexus approach has the potential to help African countries meet sustainable development goals. This can only happen if the approach is turned into actions, like policy development and implementation.

0 0 0 0
Previous : Bird flu outbreak in Uganda: some key facts about the virus
Next : Eight men really control the same wealth as the poorest half of the global population?