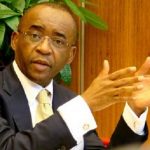 Zimbabwe’s richest man and founder of Econet Wireless, Strive Masiyiwa is spearheading a drive to bring more investment into Kenya.

“Kenya has strong skills and a lot of people who can be trained and be developed which is what we want. I have always been comfortable about investing in Kenya and encouraging others to invest,” said Masiyiwa.

“We are trying to invest philanthropic resources; we want to help young people set up ventures in the energy sector and help them to develop a new industry around renewable energy,” he said.

“We believe what was experienced in the mobile sector will be seen ten years from now in the energy sector. We are looking for revolutionary new technological ideas which we believe will power Africa into the future.”

Masiyiwa who has investments in Telecel International’s unit in East Africa added that the initiative was going to draw billions of US dollars.

“There is a lot of money available as the initiative has backing of credible business people,” he said.

Branson said he had told Kenya’s President Uhuru Kenyatta that there’s a need to make sure that all Kenyans have access to electricity.

“We are going to work with the government to connect people that are not connected to the power grid. About 50 per cent of Kenyans do not have access to electricity, televisions and capabilities of reading at night,” said Branson.

“Kenya has delightful and hardworking people and this makes it more sensible to invest in such a country.”

He also added that the Kenyan government was willing to listen to the cares about its people and getting things done.

“We are going to work with Rwanda and Kenya initially with intentions of rolling out the initiative throughout the continent.”