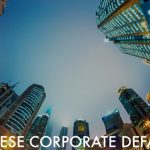 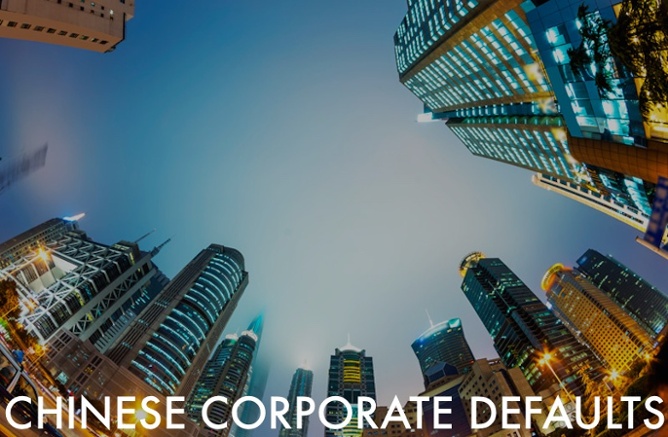 Rising Corporate Defaults Do Not Pose a Systemic Threat to China

The number of defaults in China’s onshore bond market has risen sharply recently. However, this trend should not pose a systemic risk with the government expected to keep refinancing costs down, according to Joyce Bing.

State-owned enterprises (SOEs) account for about 55 per cent of corporate debt, far greater than their 22 per cent share of economic output. SOEs are also far less profitable than private companies.

Around 90 per cent of China’s corporate bond debt is denominated in the local currency, the renminbi, and issued into the onshore bond market. SOEs are the major issuers in the onshore bond market, with local and central SOEs accounting for around 43 per cent of issuance. The next largest source of issuance, the central government and policy banks, each account for around 22 per cent of issuance. Some SOEs have been able to borrow more than was prudent because investors assumed that the government would provide support if they encountered financial problems. In other words, investors viewed SOE credit ratings as being equivalent or similar to sovereign ratings regardless of their standalone creditworthiness.

SOEs with high debt levels are now being hit by a combination of slowing economic growth, declining earnings and rising indebtedness. This is undermining the ability of companies to service their debts and pay suppliers, according to the IMF. Consequently, a number of SOEs are now in a weak financial position, with the IMF going as far as to claim that many “are essentially on life support”.

The rise in credit events over the past two years or so reflects this. In March 2014, solar panel maker Chaori Solar became the first Chinese firm ever to default on its onshore corporate bonds, while in April 2015, Baoding Tianwei, another solar company, became the first SOE to default on its bonds. By the end of June, 20 companies had defaulted including Dongbei Special Steel Group, the shipbuilder Evergreen, Nanjing Yurun Foods, and the solar group Yingli Green Energy. The April 2016 suspension of nine bonds issued by the AA+ rated China Railways Materials, the first of the big SOEs to signal default, caused particular alarm among investors. Between March 2014 and June 2016, there were 20 defaults in China with SOEs accounting for around 45 per cent of these defaults. The rise in credit events and central bank statements on the need to curb support for loss-making “zombie” enterprises caused bonds to sell off sharply in April with spreads widening by about 40bps, using the ChinaBond Index as a benchmark.  Spreads have now stabilized but have yet to return to the levels seen in March. Around RMB124.3bn (US$18.6bn) of issuance was cancelled or postponed during the month, with a further RMB14.8bn cancelled by the middle of May, according to BNPP. Even companies in relatively strong financial health were unable to issue bonds with the yields that they anticipated. Funding access picked up in May, although issuers faced slightly higher costs.

Weak industrial sectors most at risk of defaults

The fact that the government is allowing these defaults to occur reflects Beijing’s desire for capital to be allocated more efficiently. Certainly, the government’s policy of providing bailouts and/or directing banks to provide support to struggling SOEs explains the minimal level of defaults in the past. Thus, there were no defaults by an SOE in the onshore bond market prior to that of Baoding Tianwei in April 2015.

Moreover, the defaults are concentrated in sectors suffering from overcapacity such as steel, coal, cement, shipping, and new energy, e.g., solar and wind power. The government is also reluctant to support SOEs in sectors, such as metal and mining, and property, which face structural issues. . The authorities are launching a reform plan for SOEs and have unveiled capacity reduction targets in the coal and steel sectors. There is also less willingness to prop up ‘non-core’ SOE subsidiaries. There are many subsidiaries in an SOE grouping, some of which are considered key to the business and others which are not. Reform is currently taking place at a slower pace than the government had planned as the authorities seek to find a balance between maintaining economic growth and implementing measures that will boost long-term economic performance.

We anticipate that weak companies will continue to face difficulty in raising funds. Around RMB3.7 trillion of bonds are due to mature during the rest of 2016, and about RMB1.5 trillion of this total originates from sectors suffering from overcapacity or other challenges, according to Bloomberg.

However, the rise in defaults is unlikely to pose a systemic risk to the market. The government intends to keep financing costs low and maintain the stability of financial markets at least until the end of 2018. This is because the onshore bond market generally uses a ‘3 plus 2’ structure under which the issuer has the option to adjust the coupon rate at the end of year three to ensure that the investor retains the bond. The new coupon rate lasts for the last two year’s of the bond’s lifetime. The bond market opened to property developers in 2015 and a large number issued bonds, swelling the overall volume of issuance, which rose from RMB35.9 trillion in 2014 to RMB48.5 trillion in 2015. Given that these bonds will become coupon adjustable in year 2018, we would expect the government to keep the refinancing rate low at least until the end of that year, or face a surge of defaults in 2018. At the end of July 2016, the yield on five-year corporate bonds with an AA onshore rating stood at 4.1 per cent, compared to 4.4 per cent at the end of 2015 and six per cent at the end of 2014.

Positive consequences of rise in defaults

One positive outcome from the recent trend of rising defaults is that investors are now differentiating between credits. Investors should undertake their own credit assessment although a small proportion of onshore issuers are also rated by the international rating agencies. Only bonds with local ratings of AA- or above are allowed to be issued in the onshore market. Yet the ratings provided by local ratings agencies do not always reflect the true risk of investing in a particular bond. The local agencies use a different rating scale and methodology to their international counterparts.

The rise in onshore defaults should also facilitate the emergence of a modus vivendi for default resolution, restructuring and bankruptcy. Creditors currently complain of the lack of a transparent process for resolving bad debts. The process of establishing a means of tackling defaults is already underway. Companies are considered to have defaulted when they miss a coupon and/or principal payment. Of the 20 defaulted cases to date (end June 2016), eight issuers have repaid their debts in full, while the remaining 12 are still outstanding and undergoing restructuring. Two companies have filed for bankruptcy.

Implications for the offshore bond market

If, as we expect, the onshore default rate continues to increase, onshore bond yields are likely to rise, as onshore investors become more cautious and ask for a higher risk premium, especially for lower-quality credits. It will become more difficult for issuers to access funding, which could lead to an increase in issuance from Chinese corporates in the offshore market.

We remain cautious on bonds issued by local government financing vehicles and financially weak SOEs. We have adopted a cautious approach to the banking sector in particular, and are wary of banks outside the big four (Bank of China, the China Construction Bank, the Industrial and Commercial Bank of China and the Agricultural Bank of China), due to their exposure to the onshore bond market and due to the rising level of non-performing loans (NPLs). Chinese commercial bank NPLs rose to an 11-year-high of 1.4 trillion yuan ($214.5bn), or 1.75 percent of total bank lending, at the end of March, according to the country’s banking regulator. However, many investors believe the official figure on NPLs is unreliable. The IMF’s latest Global Financial Stability Report estimates that the potential losses for Chinese banks’ corporate loan portfolios could be around seven per cent of GDP. The IMF adds that is a conservative estimate and excludes potential problem exposure in the ‘shadow banking’ sector.

We also intend to avoid Chinese companies with weak liquidity and which have high onshore refinancing requirements in 2016. We will continue to adopt a selective approach to high yield credits due to the potential increase in supply and recent tight valuations.

While China has allowed some defaults to take place since 2014, we anticipate that it will ensure that these remain at low levels and are concentrated in declining sectors of the economy. This caution reflects the fact that many issuers are state-linked, the authorities continued focus on unemployment and maintaining political stability, and the desire to avoid a bond market crash – which could have a much bigger impact on the economy than China’s stock market slump in 2015.

Joyce Bing is a Credit Research Analyst at Aviva Investors