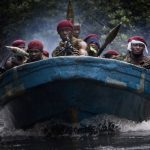 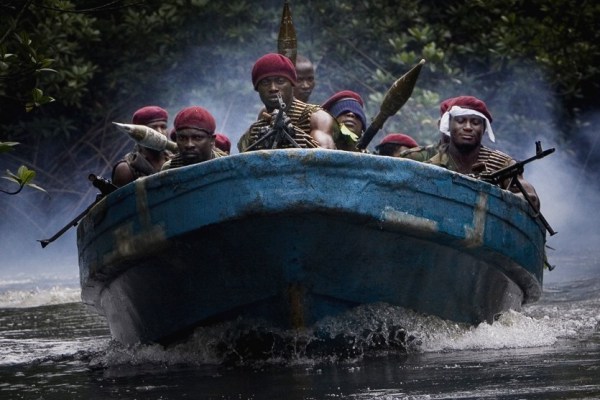 Army spokesman Sani Usman said in a statement on 27 August that special forces moved against militant camps in an operation “aimed at getting rid of all forms of criminal activities.” According to Usman, the effort resulted in five militants killed, “while numerous others were injured and 23 suspects were arrested.”

The activities put to rest widely circulated statements that had surfaced a week earlier on 22 August of a purported ceasefire between the Avengers and the Nigerian government.

Minister Kachikwu’s efforts appear to be part of a new diplomatic offensive that the federal government is launching to coincide with its military efforts. At the core of the diplomacy are the country’s traditional rulers, as it is believed they may have the best shot at reaching the fragmented terror groups.

At the same time Minister Kachikwu was meeting rulers from the South on 25 August, Buhari was conducting a closed door meeting with the Alaafin of Oyo State at the Presidential Villa. President Muhammadu Buhari has allegedly requested that all traditional rulers convey their advice on the insurgency problems facing the country.

Indeed, even the international community seems to be rallying behind the effort with the highlight occurring on 23 August when U.S. Secretary of State John Kerry paid a visit directly to the Sultan of Sokoto State rather than the commercial hub of Lagos or the government capital of Abuja. As the highest position of authority on Islam in Nigeria, it is believed the Sultan could be a strategic partner in battling Islamic extremism in the country. Coincidentally, on that same day, Nigeria’s armed forces unofficially announced that Boko Haram leader Abubakar Shekau was ‘fatally wounded’ in an airstrike.

Although it appears the federal government is moving swiftly on both fronts of their renewed approach, additional steps will need to be taken before true gains are realized. First and foremost, many traditional leaders are demanding that authorities release a group of school children falsely arrested by the army in May 2016 before any attempt is made to assist in mediating talks with the militant groups.