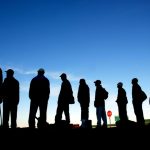 Photo Credit To Job seekers wait for employers searching for casual labour on the streets of Cape Town. Reuters/Mike Hutchings 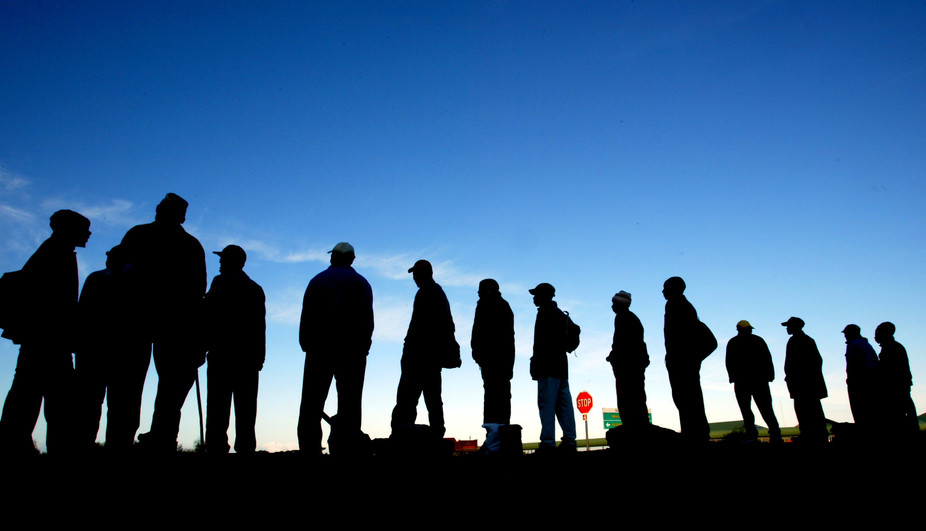 The South African government has moved a step closer to introducing a national minimum wage – the first ever in the country. The move comes after a panel of experts tabled its report.

We were part of the team that made the recommendation. Panel members were acutely aware of the need to balance poverty and inequality reduction ambitions, and securing existing jobs, when making recommendations for the level and implementation of the national minimum wage.

Apart from the challenges of working on a project of this nature, there were additional outcomes we had not anticipated. The wide-ranging and detailed research that laid the foundation for the panel’s deliberations threw into stark relief the depth and extent of poverty in South Africa. It also gave us fresh evidence and insights into the country’s deep inequalities.

What became clear is that the persistence of poverty and inequality in South Africa is inextricably linked to the inability of the economy to generate jobs at a meaningful rate in the past two decades. Between 2008 and 2015, the narrowly defined unemployment rate rose from 22.5% to 25.3%. By November 2016 this had risen to 27.1%, which is the highest rate in 13 years. It amounts to 5.9 million people without jobs.

Below we expand on some key poverty indicators that guided our thinking and deliberations for the panel’s national minimum wage recommendation.

The impact of joblessness is particularly devastating at the household level. Households in the poorest quintile (the poorest 20% of households, totalling 16.3 million people) have an average monthly income of only R1,671. This works out at R323 per person. Furthermore, only one in every three households in this quintile has a household member with a job.

The picture is only slightly better for the 12.9 million people in quintile two households, where average household income is R3,125 per month or R773 per person, and one-third of all households have no employed household members.

The pattern of low pay in South Africa also has a pervasive gendered aspect. More women than men work in low paid jobs, and women earn less than men.

The panel believes that the national minimum wage should have a strong anti-poverty effect for women and, as a consequence, the potential to change the gender power dynamics.

The panel believes that a minimum wage of R20 per hour – which equates to approximately R3,500 a month – can make a significant impact in addressing poverty and inequality for the poorest households. It also forms the foundation on which South Africa can build a just and equitable labour market.

The national minimum wage of R20 per hour is not intended to be a living wage. It serves as a wage floor below which no worker should be paid. In other words, it is not the panel’s belief that anyone should have to live on a salary of R3,500 per month, but that no one in the country should be forced to live on less than that.

One of the most striking findings of the minimum wage research is that 6.2 million or 47% of working people in South Africa earn less than R3,500, while 4.6 million (35%) earn less than R2,000 per month. Given the country’s precarious economic situation, the panel believes the proposed number is a bold one. It is also coupled with a cautious, evidence-based approach to implementing and reviewing the level in the future.

Achieving a living wage for all South Africans needs to be part of a far boarder conversation about how the economy is structured, and the nature of work. It will require coordinated action between all stakeholders in business, government, labour and civil society.

Minimum wage is no panacea

It is very important to emphasise that the national minimum wage is intended to act as a wage floor and to complement, not replace, existing wage setting processes such as collective bargaining and sectoral determinations. Indeed, the panel recommends that the institutional framework supporting the implementation of the national minimum wage is designed in a way that promotes and strengthens collective bargaining.

The panel believes that collective bargaining is an important tool for building a stable labour market. It must continue to be used to negotiate wages and working conditions for workers earning above the national minimum wage. The national minimum wage is intended to protect the 2.4 million workers who are currently not covered either by collective bargaining or sectoral determinations.

South Africa faces a massive and sustained challenge of poverty, inequality, unemployment and low pay across the economy. Addressing these problems requires sustained and coordinated action from all stakeholders.

It is also important to note that the national minimum wage is not a solution for all the problems of the economy, but is intended as a floor to protect the most vulnerable workers. It is one tool among many which we believe could make a significant and rapid difference to the living experiences of almost half of the country’s workers.

We believe there is value in bringing South Africa into the company of countries around the world that have adopted caring economic strategies to address the crises facing their citizens.

But much more needs to be done beyond the minimum wage to transform South Africa into a fair and equitable society with decent work for all.

0 0 0 0
Previous : A new centre of power through mass mobilisation is needed in South Africa
Next : Why Europe’s ‘fortress’ approach to migration crisis won’t work