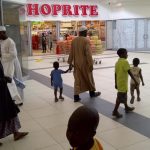 How the Rich Get Richer as the Poor Catch Up

When it comes to wealth and income, people tend to compare themselves to the people they see around them rather than to those who live on the other side of the world. The average Frenchman, for example, probably does not care how many Chinese exceed his own standard of living, but that Frenchman surely would pay attention if he started lagging behind his fellow citizens. Yet when thinking about inequality, it also makes sense to approach the world as a single community: accounting, for example, not only for the differences in living standards within France but also for those between rich French people and poor Chinese (and poor French and rich Chinese).

When looking at the world through this lens, some notable trends stand out. The first is that global inequality greatly exceeds inequality within any individual country. This observation should come as no surprise, since global inequality reflects the enormous differences in wealth between the world’s richest and the world’s poorest countries, not just the differences within them. Much more striking is the fact that, in a dramatic reversal of the trend that prevailed for most of the twentieth century, global inequality has declined markedly since 2000 (following a slower decline during the 1990s). This trend has been due in large part to the rising fortunes of the developing world, particularly China and India. And as the economies of these countries continue to converge with those of the developed world, global inequality will continue to fall for some time.

Even as global inequality has declined, however, inequality within individual countries has crept upward. There is some disagreement about the size of this increase among economists, largely owing to the underrepresentation of wealthy people in national income surveys. But whatever its extent, increased inequality within individual countries has partially offset the decline in inequality among countries. To counteract this trend, states should pursue policies aimed at redistributing income, strengthen the regulation of the labor and financial markets, and develop international arrangements that prevent firms from avoiding taxes by shifting their assets or operations overseas.

Economists typically measure income inequality using the Gini coefficient, which ranges from zero in cases of perfect equality (a theoretical country in which everyone earns the same income) to one in cases of perfect inequality (a state in which a single individual earns all the income and everyone else gets nothing). In continental Europe, Gini coefficients tend to fall between 0.25 and 0.30. In the United States, the figure is around 0.40. And in the world’s most unequal countries, such as South Africa, it exceeds 0.60. When considering the world’s population as a whole, the Gini coefficient comes to 0.70—a figure so high that no country is known to have ever reached it.

Determining the Gini coefficient for global inequality requires making a number of simplifications and assumptions. Economists must accommodate gaps in domestic data—in Mexico, an extreme case, surveys of income and expenditures miss about half of all households. They need to come up with estimates for years in which national surveys are not available. They need to convert local incomes into a common currency, usually the U.S. dollar, and correct for differences in purchasing power. And they need to adjust for discrepancies in data collection among countries, such as those that arise when one state measures living standards by income and another by consumption per person or when a state does not collect data at all.

Such inexactitudes and the different ways of compensating for them explain why estimates of just how much global inequality has declined over the past two-plus decades tend to vary—from around two percentage points to up to five, depending on the study. No matter how steep this decline, however, economists generally agree that the end result has been a global Gini coefficient of around 0.70 in the years between 2008 and 2010.

The decline in global inequality is largely the product of the convergence of the economies of developing countries, particularly China and India, with those of the developed world. In the first decade of this century, booming economies in Latin America and sub-Saharan Africa also helped accelerate this trend. Remarkably, this decline followed a nearly uninterrupted rise in inequality from the advent of the Industrial Revolution in the early nineteenth century until the 1970s. What is more, the decline has been large enough to erase a substantial part of the inequality that built up over that century and a half.

Even as inequality among countries has decreased, however, inequality within individual countries has increased, gaining, on average, more than two percentage points in terms of the Gini coefficient between 1990 and 2010. The countries with the biggest economies are especially responsible for this trend—particularly the United Sates, where the Gini coefficient rose by five percentage points between 1990 and 2013, but also China and India and, to a lesser extent, most European countries, among them Germany and the Scandinavian states. Still, inequality within countries is not rising fast enough to offset the rapid decline in inequality among countries.
In a dramatic reversal of the trend that prevailed for most of the twentieth century, global inequality has declined markedly since 2000.

The good news is that the current decline in global inequality will probably persist. Despite the current global slowdown, China and India have such huge domestic markets that they retain an enormous amount of potential for growth. And even if their growth rates decline significantly in the next decade, so long as they remain higher than those of the advanced industrial economies, as is likely, global inequality will continue to fall. The prospects for growth are less favorable for the smaller economies in Latin America and sub-Saharan Africa that depend primarily on commodity exports, since world commodity prices may remain low for some time. All told, then, global inequality will likely keep falling in the coming decades—but probably at the slow pace seen during the 1990s rather than the rapid one enjoyed during the following decade.

STR / AFP / GETTY IMAGES Scavenging in a garbage dump in Hefei, China, December 2012.
The bad news, however, is that economists might have underestimated inequality within individual countries and the extent to which it has increased since the 1990s, because national surveys tend to underrepresent the wealthy and underreport income derived from property, which disproportionately accrues to the rich. Indeed, tax data from many developed states suggest that national surveys fail to account for a substantial portion of the incomes of the very highest earners.

According to the most drastic corrections for such underreporting, as calculated by the economists Sudhir Anand and Paul Segal, global inequality could have remained more or less constant between 1988 and 2005. Most likely, however, this conclusion is too extreme, and the increase in national inequality has been too small to cancel out the decline in inequality among countries. Yet it still points to a disheartening trend: increased inequality within countries has offset the drop in inequality among countries. In other words, the gap between average Americans and average Chinese is being partly replaced by larger gaps between rich and poor Americans and between rich and poor Chinese.

The same factor that can be credited for the decline in inequality among countries can also be blamed for the increase in inequality within them: globalization. As firms from the developed world moved production overseas during the 1990s, emerging Asian economies, particularly China, started to converge with those of the developed world. The resulting boom triggered faster growth in Africa and Latin America as demand for commodities increased. In the developed world, meanwhile, as manufacturing firms outsourced some of their production, corporate profits rose but real wages for unskilled labor fell.

Economic liberalization also played an important role in this process. In China, the market reforms initiated by Deng Xiaoping in the 1980s contributed just as much to rapid growth as did the country’s opening to foreign investment and trade, and the same is true of the reforms India undertook in the early 1990s. As with globalization, such reforms didn’t just enable developing countries to get closer to the developed world; they also created a new elite within those countries while leaving many citizens behind, thus increasing domestic inequality.

Economists might have underestimated inequality within individual countries and the extent to which it has increased since the 1990s.
The same drive toward economic liberalization has contributed to increasing inequality in the developed world. Reductions in income tax rates, cuts to welfare, and financial deregulation have also helped make the rich richer and, in some instances, the poor poorer. The increase in the international mobility of firms, wealth, and workers over the past two decades has compounded these problems by making it harder for governments to combat inequality: for example, companies and wealthy people have become increasingly able to shift capital to countries with low tax rates or to tax havens, allowing them to avoid paying more redistributive taxes in their home countries. And in both developed and developing countries, technological progress has exacerbated these trends by favoring skilled workers over unskilled ones and creating economies of scale that disproportionately favor corporate managers.

In the near future, the greatest potential for further reductions in global inequality will lie in Africa—the region that has arguably benefited the least from the past few decades of globalization, and the one where global poverty will likely concentrate in the coming decades as countries such as India leap ahead. Perhaps most important, the population of Africa is expected to double over the next 35 years, reaching some 25 percent of the world’s population, and so the extent of global inequality will increasingly depend on the extent of African growth. Assuming that the economies of sub-Saharan Africa sustain the modest growth rates they have seen in recent years, then inequality among countries should keep declining, although not as fast as it did in the first decade of this century.

To maintain the momentum behind declining global inequality, all countries will need to work harder to reduce inequality within their borders, or at least prevent it from growing further. In the world’s major economies, failing to do so could cause disenchanted citizens to misguidedly resist further attempts to integrate the world’s economies—a process that, if properly managed, can in fact benefit everyone.

In practice, then, states should seek to equalize living standards among their populations by eliminating all types of ethnic, gender, and social discrimination; regulating the financial and labor markets; and implementing progressive taxation and welfare policies. Because the mobility of capital dulls the effectiveness of progressive taxation policies, governments also need to push for international  measures that improve the transparency of the financial system, such as those the G-20 and the Organization for Economic Cooperation and Development have endorsed to share information among states in order to clamp down on tax avoidance. Practical steps such as these should remind policymakers that even though global inequality and domestic inequality have moved in opposite directions for the past few decades, they need not do so forever.

This article was originally published on Foreign Affairs Read the original article. https://www.foreignaffairs.com/articles/2015-12-14/inequality-and-globalization