Photo Credit To Checking-in after class in the city of Cebu, Philippines. UNICEF/Estey 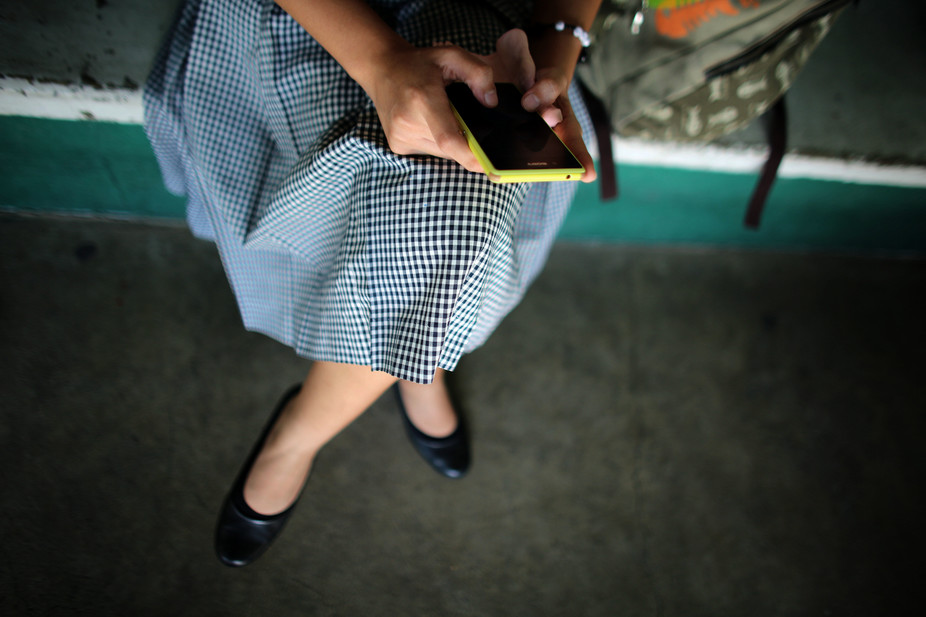 How do children use the internet? We asked thousands of kids around the world

The internet has reached almost every corner of the globe, but most research on how it is used, particularly among children, focuses on the US and Europe. This is a problem, because according to best estimates one in three children around the world now uses the internet – most of them outside the West. An increasingly global internet requires increasingly international policy decisions – which must rely on global evidence.

The report from Global Kids Online is the first stage of an ambitious project to find out which children are using the internet, what they are learning, and the opportunities and risks it presents. To hear their perspectives, the project conducted interviews and surveys of children aged between nine and 17 in South Africa, the Philippines and Serbia, and aged 13 to 17 in Argentina. You can listen to South African children and their parents talking about the internet here.

We did not really know what to expect, although we knew some of the problems. In Latin America, for example, children live in hugely different urban and rural environments, and at the extremes of wealth and poverty. South African society exhibits high levels of violence, which now extends online. The Philippines faces a growing challenge around child sexual exploitation and abuse, while Serbia struggles with the social exclusion of its Roma population. Does internet access help children and their families face these issues, or does it make them worse?

Don’t take away my internet

There is no doubt that children worldwide welcome the internet into their lives, even when it is expensive, unreliable, or can only be accessed through shared devices or community provision – unlike the ease of access enjoyed by children in the West. A recent worldwide survey reveals that they are beginning to think of it as a human right, a necessity. Similarly, some of the children we spoke to see the internet as an inseparable part of their lives – something they are proud of, as this 15-year-old boy from Serbia said:

We grew up with the internet. I mean, the internet has always been here with us. The grown-ups are like “Wow the internet appeared”, while it is perfectly normal for us.

I’d say the generation of today knows more than our parents. We’re much smarter than the previous generation.

It’s not surprising to learn that children love the freedom to learn or share what they are interested in, when they want to – as these Argentinian teenagers explained:

I wanted to learn to play the guitar and went online.

You can contact somebody who is far away over Skype or a video call.

But in the face of moral panics about online risks, we should remind ourselves that children mainly want to learn and to be in touch with people. It is important that adults – whether parents or politicians – do not close off those opportunities.

The good and the bad

In many ways, children from very different countries share similar online interests. In the Philippines, for instance, children love Facebook and YouTube, and their top online activities are learning something new, social media, watching video clips, using the internet for schoolwork, and playing online games. In other words, pretty much the same as found in Europe.

It’s possible to see the fact that the same huge tech companies are able to extend their reach and profit from children worldwide as a problem. It is also not yet clear what children learn online – or whether it truly benefits them. But internet access does provide clear opportunities.

In South Africa, up to two in five teenagers look up health information online at least weekly. It is easy to imagine that teenagers value that they can find this just-in-time information online, confidentially. Where might they have found it before the internet? But there are issues surrounding the quality of information on the internet. Is it what they need? And do they have the critical skills to tell reliable from misleading information? We do not know, although what we have found does provide grounds for concern regarding the digital and critical skills of younger users.

Asked whether anything had happened to them online that upset them in the past year, three-quarters of the children in Argentina surveyed said yes – twice as many as in Serbia and the Philippines. In South Africa it was only one in five. Some examples of upsetting content include:

From the Philippines, we heard reports of direct personal threats:

There was a time when I was impersonated by someone else on Facebook, the user has my photo as the profile picture but with a different name. (Girl aged 12-14)

I once experienced a stranger asking for “my price” – meaning how much it would cost the stranger for the child to do a sexual activity. (Boy aged 15-17)

But lest parents be tempted to ban their children from the internet, we also found lots of positive responses. Two thirds of Argentinian teens were very sure that “there are lots of things on the internet good for children my age”. Those in Serbia and the Philippines were a bit more lukewarm, and South African children more divided still. Striking the right balance of risk and rewards may be hard to achieve.

To understand this, we have to consider the nature of the internet. Take social networking sites, for example: children can use them to connect with their friends, but they are also made visible to unknown others. Reflecting the risk and rewards children from each country experienced, we found that 92% of Argentinian children but only 65% of South Africans say they are allowed to use these sites at any time, with Serbia at 85% and the Philippines at 79%.

So whether parents take a more restrictive or laissez-faire approach makes a difference. But this is not an easy choice for parents to make. Partly because many parents judge their children’s digital skills to be greater than their own, and partly because they try to fit cultural norms and parenting styles, and the specific needs of their children.

Of course, irregular or expensive internet access can be a problem in itself. Our South African colleagues have used these findings to call for more affordable internet access, given the high cost of data – this goal is now included in South Africa’s National Development Plan 2030. Argentinian children reported using internet most at school, so our Argentinian colleagues have called for more support through a national digital literacy programme.

Global Kids Online is a joint initiative from Innocenti, the research arm of UNICEF, the EU Kids Online network and the London School of Economics and Political Science, supported by the WeProtect Global Alliance. This research is just the beginning, and it will be hard to identify cross-cultural trends until more countries take part. But we would urge lawmakers in countries where little reliable evidence exists not to rush into new legislation until they are better able to understand how children and parents balance the risks and rewards they face.

0 0 0 0
Previous : Falling in love in wartime Iraq
Next : How Many Cows Does It Take To Get A University Degree?