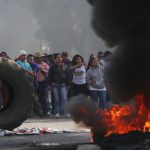 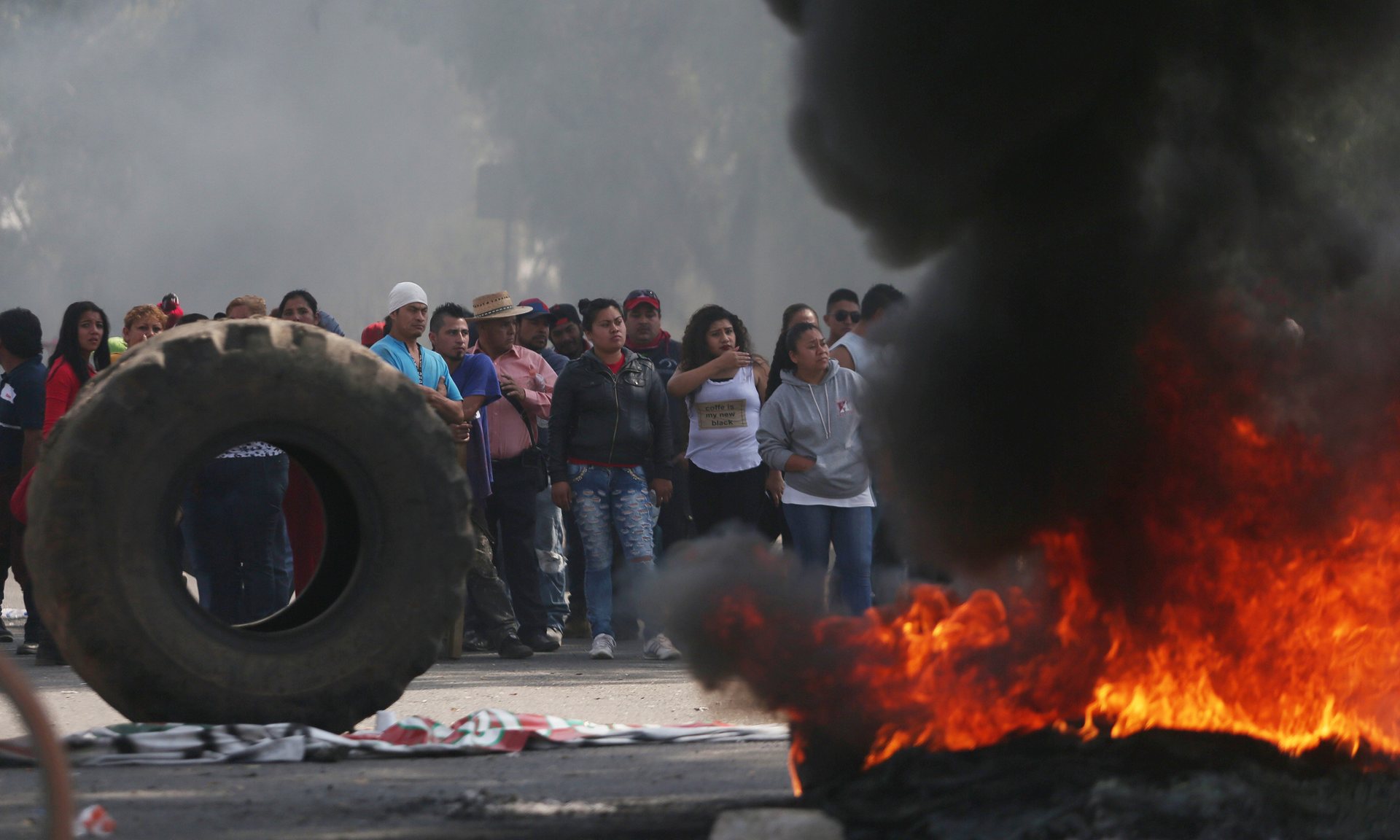 Gasolinazo: Protests erupt across Mexico after 20% hike in gasoline prices

Demonstrators have blockaded highways, looted shops and forced service stations across Mexico to close in a wave of angry protest triggered by a hike of more than 20% in the government-set price of gasoline.

The announcement of the price increase came on 1 January  when long queues of cars were already forming at pumps because national oil giant Pemex was unable to supply all gas stations due to problems with oil refining and fuel shortages caused by theft.

The so-called gasolinazo – as the price hike is known – added insult to injury, and since then, protests have spiralled. Truckers, taxi drivers and irate individuals have blocked the main highways into Mexico City and major thoroughfares in the capital, prompting bus lines to cancel service. Pemex warned on Tuesday that blockades had created a “critical situation” in at least three Mexican states, while demonstrations in suburban Mexico City turned violent as protesters looted at least two department stores.