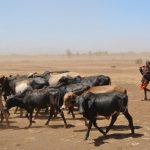 Tanzania is facing growing instability, fuelled by mounting concerns over emerging and potential food shortages. The government is sending mixed messages, blaming the opposition for the shortages.

The threat of a looming food shortage in Tanzania is leading to increased political instability, as the government seeks to control the narrative and prevent panic and unrest. President John Magufuli’s Party of the Revolution (CCM) government is barely 14 months old, and any widespread food shortages will severely undermine the regime’s legitimacy and standing. This is of particular concern since such a crisis would threaten Magufuli’s reform and modernization efforts. The president’s crusade against corruption and inefficiency is cited by many as Tanzania’s best chance at growth, so anything that destabilizes his government is of particular concern to investors.

There is a direct connection between potential food shortages in Tanzania and a challenge to Magafuli, as Alliance for Democratic Change party leader Zitto Kabwe has stated he will call for a vote of no confidence should food shortages lead to any deaths. While Kabwe is the sole member of his party in a legislature of 384, legislative rules only require the approval of 20 percent of the legislature to begin debate on a no-confidence vote. Given that opposition parties control 30 percent of the legislature, combined with their cooperation during the 2015 presidential elections which saw them field a single candidate, a no-confidence debate is definitely within the realm of possibility.

Another public opinion litmus test will be the round of 20 by-elections scheduled for January 22nd. While the ruling CCM is expected to win most of these, growing public concern about food shortages and price inflation could see some upsets, as the events of recent weeks fuel a protest vote at the municipal level.

There has already been an incident which saw the arrest of former PM and presidential candidate, as well as CHADEMA party leader Edward Lowassa on January 17th. While stopping at a market to buy snacks, Lowassa drew a crowd which began to yell that they were hungry. Soon thereafter the police arrived and escorted Lowassa to the local police station. The gathering crowd followed the convoy and later tried to enter the police station, only to be met with riot police and tear gas.

Lowassa was briefly detained and accused of holding an illegal campaign meeting, with the police citing the riled mob as evidence. This incident goes to show the growing concerns among the local population over the food crisis, as well as the potential for social and political unrest as opposition parties are caught in the middle.

In response, the government has gone on the offensive, with Prime Minister Kasim Majaliwa stating that “reports that Tanzania is facing food shortages are completely false.” These rumours are, according to Majaliwa, the product of some businesses and opposition politicians undermine the government and score cheap political points. This statement was mirrored my Ideology and Publicity Secretary Humphrey Polepole, who went one step further, and accused the opposition of creating the food shortages to achieve their own political aims. This claim runs counter to those made by the PM, as one denies the existence of any shortages, while the other implies that (albeit artificial) shortages exist.

A third set of statements by Agriculture Minister Charles Tizeba further confuses the official narrative, as Tizeba stated that 11 of Tanzania’s 26 regions have “enough” food reserves, 12 have “relatively enough” and two regions are seeing pockets of food shortages. The key part of this statement is what exactly constitutes “relatively enough” – in other words almost half of the country’s regions are on threshold of a food shortage.

Despite the confused government narrative, there are reports that skyrocketing food prices are threatening famine conditions. As a result, the government has announced that it is distributing 1.5 million tonnes of food, although this being billed as an effort to combat price inflation, allegedly due to strong demand for food from neighbouring countries. This comes as ongoing drought conditions in the country’s north are seeing livestock die-offs as viable grazing land vanishes.

On a wing and a prayer

The situation has become sufficiently dire that the Catholic Church has issued a pastoral letter, ordering bishops to lead vigils and fasting in order to pray for rain. Similarly, the National Muslim Council also urged the faithful to pray for rain. Furthermore, evangelical bishop Fredrick Shoo has reported famine related suffering in the northern regions of the country, noting that his church is distributing aid to those affected.

In response, the government has called on farmers to plant fast-maturing, drought resistant crops, yet farmers are complaining that the government has not provided them sufficient resources to do so. Specifically, farmers like Mpandije Ngollo are becoming increasingly desperate and angry for “[they] lack guidance on what to types of crops to plant and when due to climatic changes affecting the area.” Another complaint is that the government only has some 30 agricultural extension officers for an area that encompasses over ten wards.

To add to the country’s food worries, the health ministry has put the nation of high alert for a potential bird-flu outbreak, after dead waterfowl infected with the pathogen were discovered. A bird flu outbreak would necessitate mass poultry culls, only further worsening the country’s food shortages.

While bread riots have been the bane of rulers for millennia, and as Lenin’s possibly apocryphal quote succinctly states “every society is three meals away from chaos,” the Tanzanian government has an additional wrinkle to contend with: 2016 saw a bumper harvest with a surplus of some three million tonnes. At that time the government bowed to business pressure to ease export restrictions, with half of the surplus being exported. That decision may come back to haunt the regime, as the populace wonders where the fruit of their hard work has gone. Farmers will be unwilling to further tighten their belts after the government exported the nation’s agricultural safety net.

Alongside food shortage fueled instability, the handling of last year’s surplus could also see a backlash against export-orientated growth and the rise of protectionist movements. Opposition parties could capitalize on these feelings to boost their popularity, arguing that a government that cannot provide the basics is one that is prioritizing foreign partners and development over the populace. Moreover, the government’s allegations that some businesses are behind the food shortage, could see violence against retailers and others firms, undermining Tanzanian efforts to court businesses and improve the investment climate.

Jeremy Luedi is a Senior Analyst at Global Risk Insights.