Resurgent violence sweeping across Central African Republic has left a record 1.1 million people destitute and homeless, the UN has said.

The number of people who have been internally displaced has increased by 50 percent since January 2017.

The latest data released by UNOCHA comes as UN Secretary-General Antonio Guterres continues on his four-day visit to CAR on Thursday in what he describes as a “visit of solidarity but of active solidarity”.

He has been lobbying for 900 more peacekeepers to join the mission and urged the international community to take action over a crisis that has killed thousands and destabilised the country.

“I think the conditions for civilians in CAR is worse than 2014,” Stephanie Wolters, Central Africa analyst at the Institute for Security Studies in Pretoria, told Al Jazeera. “More and more people are in need than ever before.”

CAR has been beset with conflict since Seleka coalition rebels marched into the capital, Bangui, and deposed of former President Francois Bozize. Though the country held elections in February 2016, the government has been unable to stem the conflict.

The administration is mostly absent outside the capital, with armed groups controlling large swaths of the countryside.

Eric Batonon, country director of Norwegian Refugee Council, based in Bangui, told Al Jazeera that part of the solution would be increasing protection.

Resurgent fighting between factions of Seleka rebels and Anti-balaka militia has deepened instability in the northwest and southeastern parts of the country.

This has forced aid agencies to leave their stations in some areas where humanitarian needs are high.

“If anything, it is clear that the situation is very critical; the fact that humanitarian actors continue to be targeted, means that situation is getting worse,” he said.

At least 12 peacekeepers have been killed since the beginning of 2017, he added.

Wolters commended the UN’s Guterres for his CAR visit, but warned against sending more UN peacekeepers.

“This is an intractable conflict, an unresolved one, and one has to appreciate that [Guterres] has gone there,” she said. “One of the problems is that the traditional tools of UN peacekeeping have not worked in places like CAR, or Burundi or the DRC, for that matter. This method of forming peace agreements and then holding elections, it has not worked.

“These methods have not ended conflict. We have to find ways to disincentivize the call to arms in the CAR.”

On Wednesday, Guterres told displaced people at a camp in the eastern of Bangassou that he was moved by their suffering.

“Sadly, what is happening here in Bangassou is not unique. Thousands of other Central Africans have had to flee,” he said.

Guterres also attended a wreath-laying ceremony in the capital to pay homage to 12 peacekeepers that were killed in 2017. 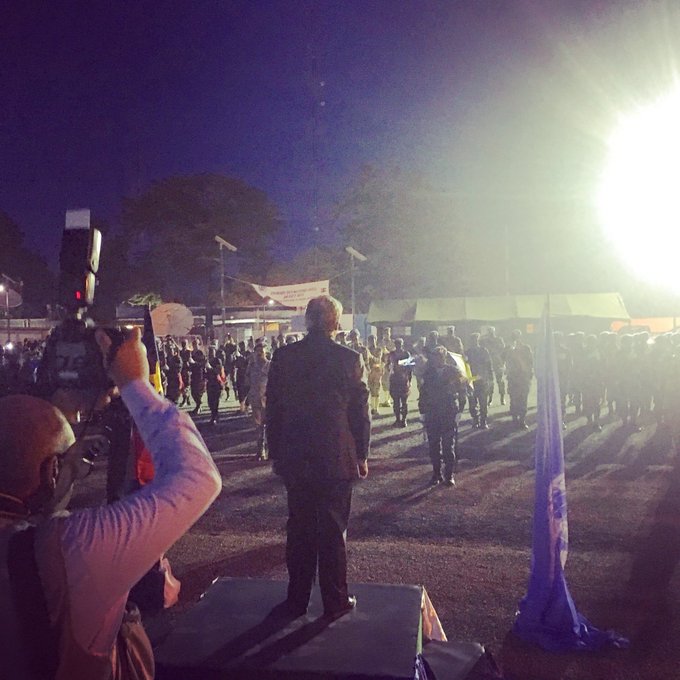 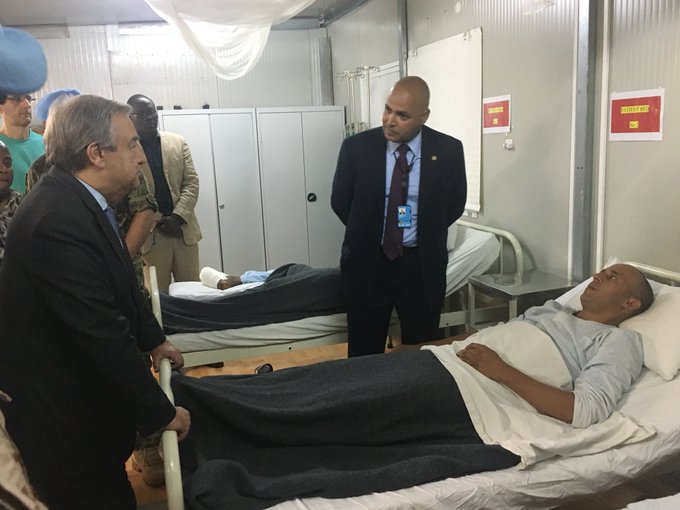 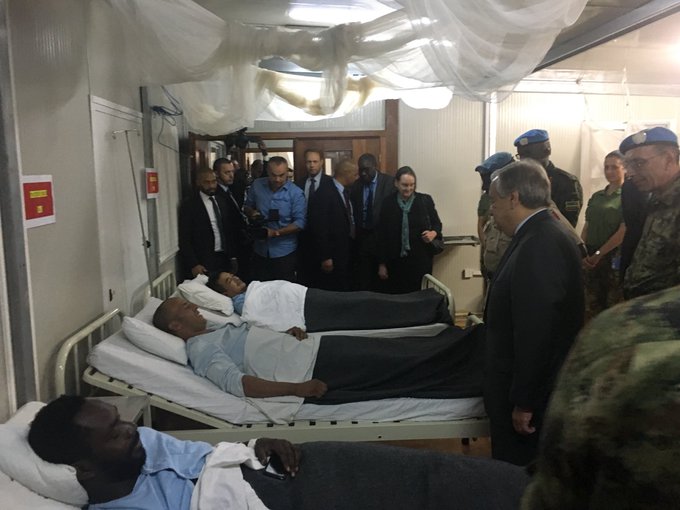 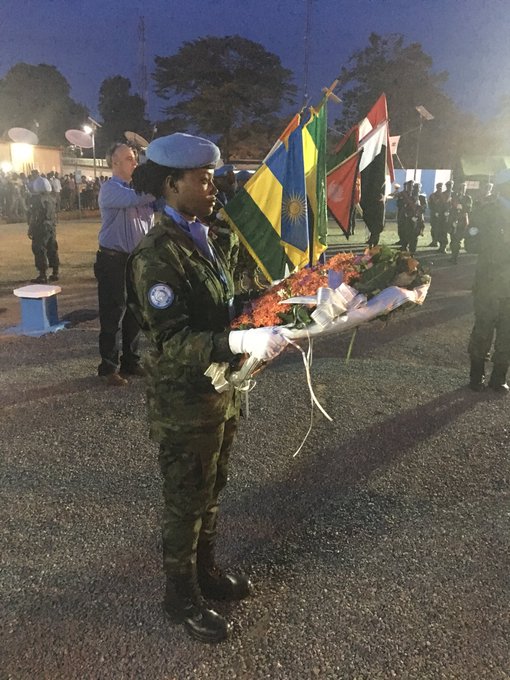 On #UNday, I pay tribute to UN peacekeepers working for peace in the Central African Republic and around the world. @UN_CAR

The UN mission to CAR has been routinely accused of sexually exploiting and abusing women and children in the country.

Guterres told Al Jazeera he would be meeting survivors of sexual abuse by UN peacekeepers in the capital.

He said the UN have taken “a number of measures to put the victims at the centre [of policy]”.

0 0 0 0
Previous : Clooney donates $1m to fight war criminals in Africa
Next : At least one man has been killed in violence gripping Kenya’s contentious presidential election rerun