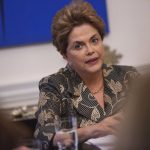 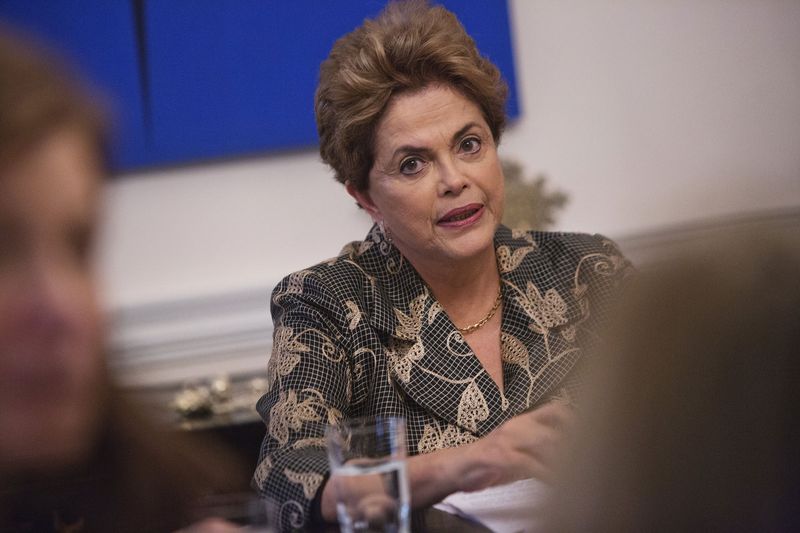 The finances of Brazilian companies are deteriorating quickly, yet their bonds are handing investors some of the most impressive returns in emerging markets.
The incongruity underscores how the euphoria unleashed by the push to impeach President Dilma Rousseff has masked the faltering creditworthiness of the nation’s businesses. S&P Global Ratings now has a negative outlook on the ratings of more than 60 percent of Brazil’s corporate borrowers, the highest rate in a decade.

That hasn’t stopped investors from snapping up the notes of companies from Petroleo Brasileiro SA to Vale SA on a bet that Acting President Michel Temer will kickstart growth in Latin America’s biggest economy. The securities have returned 23 percent this year, almost twice the emerging-market average. Lawmakers will vote on impeaching Rousseff as soon as Tuesday, more than three months after temporarily removing her from office for allegedly doctoring budget figures.
“There is a disconnect between the behavior of Brazil’s bond indexes and our fundamental credit analysis for the country’s corporates,” said Yann Le Pallec, the global head for corporate bonds at S&P.
Eight of the 21 emerging-market companies that have defaulted on their bonds this year are Brazilian, he added. “This is a very telling number of the magnitude of the crisis.”
While the country’s companies have seen their borrowing costs tumble amid the rally, they still have to contend with the longest recession in more than a century and the prospect that a U.S. interest-rate increase may cause investors to pull money out of emerging markets, according to Le Pallec.
Maglan Capital LP’s David Tawil acknowledges that Brazilian assets may be vulnerable to a selloff in the event the Federal Reserve raises rates. Still, the country’s high-yielding assets are hard to ignore at a time when low interest rates prevail in many developed countries, he said.
“If you are a large global investor, you have to put money to work in Latin America,” said Tawil, the president and co-founder of New York-based Maglan. “There are few places that offer such high yields with relative safeness and sufficient market depth.”
Brazil’s real gained 1.1 percent Monday to 3.2307 per dollar.