The last time Vettel won at Australia was in 2011 and he went on to win the World Championship that year. Mercedes certainly wont have it easy this year and it looks like Ferrari are back to dominate the sport.

Sebastian Vettel and Lewis Hamilton said they anticipate a long fight for the Formula One title after they finished first and second at the Melbourne Grand Prix. The British driver sounded a note of caution that, as he had feared, one of the effects of the changes introduced for this season has been to make overtaking more difficult.

Hamilton’s Mercedes team have dominated F1 for the past three years and it was hoped the changes would make the grid more competitive and the win for Vettel and Ferrari delivered that in the first race. The danger in focusing on aerodynamics is that it creates more turbulent air in the wake of cars, making close racing and passing more difficult.

Hamilton, who could not pass Max Verstappen’s Red Bull for four laps, believed the changes had cost him the chance to battle for first place.

“Big congratulations to Sebastian and Ferrari,” said Hamilton, who finished 9.9sec behind. “I know it’s been a long time coming for them to get a result like this. It shows we are going to have a race on our hands, which we are very happy to have. It’s great for the fans. Unfortunately it’s harder than ever to get close to cars, which is a shame. We can’t even have a close battle. I wish we could race a lot closer.” 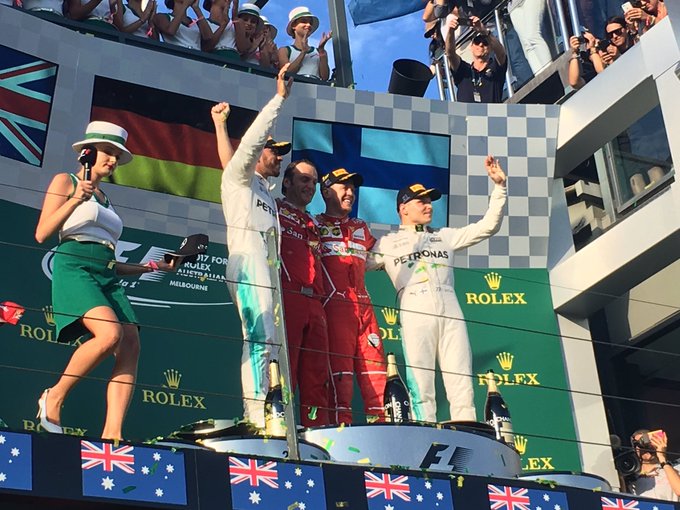 What a drive, what a race, what a weekend! What a great way to start the @F1 season! Congrats #Seb5 & @ScuderiaFerrari#AusGP #F1