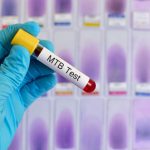 Tuberculosis ranks alongside HIV/AIDS as a leading cause of death worldwide. According to the World Health Organisation, 1.5 million people died from TB in 2014. The challenges in tackling the disease include the facts that people are tested too late and that the turnaround for most tests is long. To remedy this a point-of-care rapid diagnostic test for TB has been developed by a multinational team of scientists led by researchers at Stellenbosch University in South Africa.
One of its co-inventors, Professor Gerhard Walzl, spoke to The Conversation Africa’s health and medicine editor Candice Bailey.

How have TB tests been done up until now and what are the challenges?

There are three main tests that are currently in use.

A culture test – the most sensitive – requires people to produce a sputum sample that is sent to a centralised laboratory where a culture test is done. A positive result shows up after ten days. A confirmed negative result takes up to 42 days.

The problem with this test is that it is only available in centralised laboratories, which means patients must make several trips to a hospital or health facility to get their results. And it is very expensive.

Then there is the sputum microscopy test. This is widely used in Africa. It requires the sputum slides of each patient to be individually checked.

The test is inexpensive. But it is labour intensive, which means that only a limited number of smear tests can be assessed a day. In addition, it only has a 60% sensitivity rate.

On top of this, the test poses particular challenges for children and for people living with HIV.

In the case of young children, samples need to be taken from their stomachs as they cannot follow instructions to produce a good quality sputum sample. This requires the use of a nasal tube, which is not pleasant for the child or the health-care worker.

The test also isn’t effective for people living with HIV. This is because their sputum often has low levels of the bacteria, which can lead to a false negative test result.

There is also a molecular test that detects bacterial DNA in the sputum sample. This test only takes two hours to produce a result and although it speeds up the detection of TB, it is not widely available to people in rural areas as instruments are placed in a centralised manner.

How will your test change this?

If our test is accepted after clinical trials are completed it will be able to provide almost immediate results. People will be able to be diagnosed and start treatment in a single visit to a health-care facility.

The test is done with blood obtained from a finger prick and can make a TB diagnosis in less than an hour. The diagnostic test is a hand-held, battery-operated instrument that will measure chemicals in the blood of people with possible TB. This test will not have to be done in a laboratory and health-care workers will be able to perform it with minimal training.

It is a low-cost screening test and has the potential to significantly speed up TB diagnosis in resource-limited settings.

At what stage is the test?

The test is still in development. We have patented the biosignature, which identifies the levels of chemicals in the blood of a patient. A biosignature consists of a combination of chemicals and indicates a disease state. This signature was discovered by African scientists. The inventors included South African, Cameroonian and Ethiopian scientists.

The test’s accuracy and efficacy will be tested in five African countries over the next three years. We will recruit 800 people who have TB symptoms from Namibia, the Gambia, Uganda, Ethiopia and South Africa.

Clinical research sites will be set up or strengthened in all five countries. And participating countries will be able to use the data generated from this project.

We are still trying to improve the signature by adding additional markers. In addition, we would like to optimise and fine tune the device to enable it to measure the signature on a strip similar to a pregnancy test or a glucose test strip.

Why is the test important for South Africa?

One of the challenges in South Africa is that people in remote areas with high TB incidence still do not benefit from newer developments in TB testing. As a result they face long diagnostic delays and often need to come back to clinics on several occasions before they are diagnosed.

This test will mean that health-care workers with minimal training can use the test at grassroots level and get immediate access to screening test results.

It would also reduce the cost of testing for TB. Our test would initially cost US$2.50 per test. With commercialisation that price could drop significantly. Currently the culture test costs $45 per test while the DNA sample test costs $12 per test.

How does this test fit into the bigger picture of dealing with TB?

The test would be used best as a screening test. This is because it can identify people who need further investigation and can screen out those who don’t. So far we have been able to identify 70% of patients who do not need further testing.

The World Health Organisation has identified a screening test as important for high-prevalence areas, for those who are in contact with people who have TB, those living with HIV, homeless people, immune-compromised people and those living in areas with poor access to diagnostic services.

0 0 0 0
Previous : Hospital life in Sierra Leone after Ebola
Next : Africa needs a sustainable solution to deal with cataract blindness