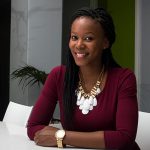 Photo Credit To This young business woman is making a success of her passion for the investment world. Photo: Motlabana Monnakgotla. 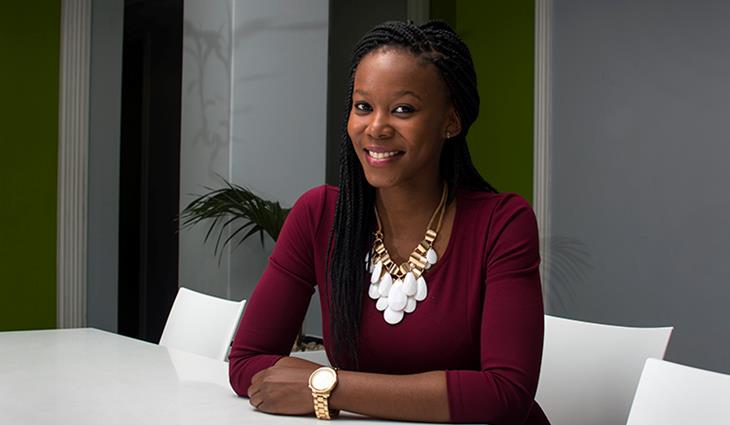 A 23-year-old who wants to make Africans rich

With three operational businesses already, Bear Run Investments director Nelisiwe Masango is so passionate about business and investment that you forget that she is only 23 years old.

A trait that becomes apparent from the moment you meet the young lady from Boksburg, 30 kilometres east of Johannesburg, is that she is unafraid to speak her mind.

“I hate saying where I’m from. Just say I’m from a little suburb in the east of Johannesburg” chuckles Masango.

Another clear idiosyncrasy is her love for helping others, which is one of the reasons she started her core company Bear Run Investments in September, 2013.

“I started Bear Run Investments after witnessing numerous people get caught in the web of deceitful pyramid scheme owners and ‘get rich quick’ companies. I felt the need to help educate these people on the proper channels of investing and also introduce them to fully regulated investment companies who will allow them to move as and when they please” she says.

She also got inspiration from watching the movie ‘Pursuit of Happyness’ over and over again, a movie starring Will Smith about a poor man who went on to make millions as a broker. Her other motivation for starting her business is people with windfalls. Masango educates these individuals on how to invest their new found wealth and make it grow, rather than frittering it away.

Masango wanted to be a brain surgeon and her high school results reflected her capabilities of becoming one, but her love for the investment world took over.

“I felt I could help more people with their financial situations through investments than I would as a brain surgeon. I would be limited as a doctor because I only have two hands to assist one person at a time. Money might not solve all problems but it does assist, so I think I’m more helpful now” says Masango.

Growing up, Masango attended Boksburg High where she was an all-rounder. This is where she fell in love with the arts, so much so that she took a gap year to open up a dance school in 2010 but she decided to go to varsity the following year.

In 2011 she started a B.Com degree in Entrepreneurial Management but left after her first year. Masango then got into investing and financing where she learnt how the investment world generally operated.

“After I left varsity I started trading stock, teaching myself how to trade on the JSE (Johannesburg Stock Exchange). I must admit, the one major influence I got came from the movie ‘Pursuit of Happyness’. I watched that movie millions of times and the fact that it’s a true story motivated me more to start my own business and make a success of it”

“In 2013 I started Bear Run Investments and I gave myself time to learn and grow the business. It was tough in the beginning as the business had no money but it has grown now and it is making sufficient profit” says Masango.

This young business woman is making a success of her passion for the investment world and she is starting to reap the rewards, recently spoiling herself with a new car in the process.

Masango has extended her business interests and established two more businesses, one being her recruitment agency ‘Gentle Hands Agency’. The second business this young lady has established is ‘FeFine’, which stands for ‘Females with Finances’. FeFine is aimed at promoting financial literacy as well as financial independence to women of all ages.

“FeFine does not promote feminism but it aims to create a movement that breaks gender stereotypes and raises young, intelligent and financially secure woman” says Masango.

On top of all her business commitments, the 23-year-old Masango has decided to go back to school, finishing off her degree on a part time basis.

“I want the title of Dr in front of my name, even if it’s not a medical doctor as I previously had planned (laughs). I promised my mom that I’d be a doctor so I’m going to be one” chuckles Masango.

Investment analyst, Gary Booysen, who is a Portfolio Manager/ Director at Rand Swiss said he thinks I stumbled onto “an up-and-coming business star” when I asked him about Masango.

The two met to pursue potential business partnerships and Booysen was impressed with Masango.

Booysen, who won the 2013 Peoples’ Choice Awards at the Business Day-Intellidex SA Top Stockbroker review, says his impression of Masango is that “she is very ambitious, bright and definitely a self-starter/entrepreneur. There is no question business is in her mind. She is young and still very keen to learn.”

While the future seems bright for this young lady, she’s not planning on slowing down and she already has business ideas she hopes to pursue. She is also planning to diversify Bear Run Investments, going into alternatives.

“Business wise, I plan on building a legacy. I want my net worth to be in dollars, I plan on being a dollar millionaire. I plan on stretching my money as much as I possibly can” says Masango.

Besides her business ambitions, her love for helping others is evident in the future as well as she plans on opening her own charity organisation. She wants to be able to help other people without denting her pockets too much.

With all her achievements at the young age of 23, Nelisiwe Masango is living proof that age is nothing but a number.

0 0 0 0
Previous : Even With Legislative Control, Abe Faces Hurdles to Amend Japan’s Constitution
Next : Look in the mirror can you see humanity reflecting back at you?