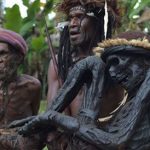 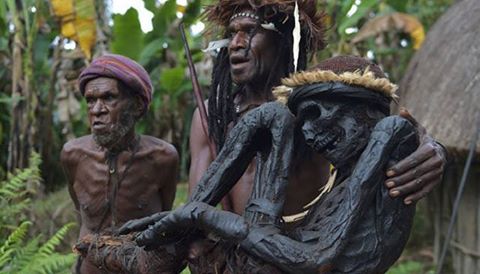 If you think you’ve seen or heard about the most bizarre traditions practiced around the world, then you may have a seat, you’re in for a surprise.

A tribe has been discovered in Indonesia where the dead are not buried but smoked over an open fire and kept as mummies for a long time.

The Dani tribe resides in an extremely remote area of Papua province in a town named Wamena — located amidst Cyclops mountains — only accessible by air travel, as there are no roads leading inland. There is an estimated 250,000 Dani that live in the region according to The Globe and Mail.

Daily Star reports that the Dani people from the central highlands of western New Guinea, Indonesia, have been able to preserve their dead for centuries with smoke.

0 0 0 0
Previous : Evolution vs creation: teachers try to balance faith and their lessons
Next : Why did Cameroon go to the Rio 2016 Olympics?